Over the years many have questioned the ethics or necessity of trail cameras. Some states have taken further steps to prohibit trail cameras use during hunting seasons. Regardless of the opinions on trial cameras, these tools are here to stay. The top hunters in the industry most often advocate for use of trail cameras and leaders in the industry identify these as the single most impactful tool in the market. In fact, cellular trail cameras, although an advancement to predecessor technologies, are likely to be replaced by more advanced devices in just several years. For those that are greatly opposed to the current commercial devices be prepared to continue to be distraught as technologies advance. 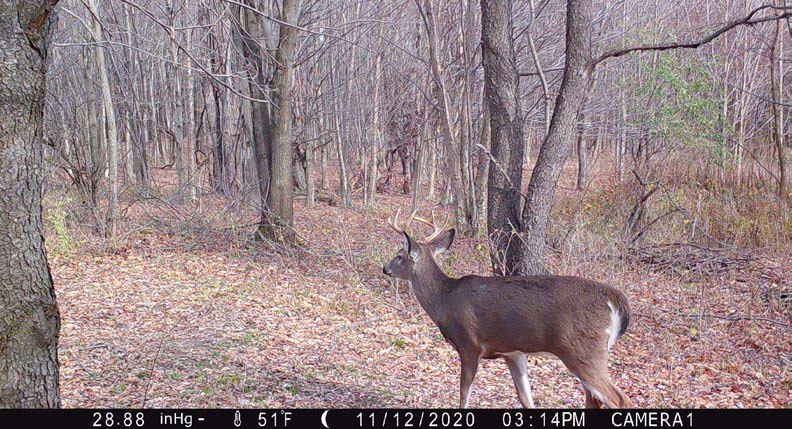 Cellular trail cameras are generally not significantly different from traditional trail cameras, at least as it relates to a purpose standpoint. The simple definition and purpose of the device is to act as a data collection tool. Most hunters not only utilize these devices for data, but a sense of enjoyment. However, the function of the device is unlike a traditional trail camera and related benefits, and this difference not only drives a question of purpose but ethics. On the flip side of the benefits such as real-time data, some consider use of any monitoring device to be unfair. In fact, the Pope & Young Club (Club) announced that the use of cellular trail cameras disqualifies an individual from entering a game animal. The Club’s principles of fair chase are negated by cellular trail camera, as these tools eliciting an immediate (real-time) response is viewed as creating an excessive advantage. Let’s now face the reality of the positioned posed by the Club, and ask the following question, do these advance tools improve or educate hunters beyond other devices (to include weapons or hunting analytic tools), creating an unfair and unethical hunt? It’s a tough question to answer, and I only postured the argument because use of these devices absolutely advances the time aspect of hunting or scouting, but the perspective on ethics or fairness is hard to adjudicate.

Let’s evaluate cellular trail cameras further, removing the focus from ethics and more so on the actual benefits. There are no arguments that these instruments are efficient tools that produce an immediate response. The trail camera is utilized in hopes of shaping our understanding of what is going on afield. The data that’s associated with trail cameras needs to be processed and sometimes that’s where the rub begins. Those that use trail cameras can feel inundated with data and create a sensation of being overwhelmed. Others take data in chunks or prefer to take time evaluating information, some would argue that the data received over the wire through cellular trail cameras supports an incremental or small set of data on an instantaneous or daily basis, minimizing the volume of information received. Ultimately this may allow the user a better processing and evaluation timeline. Depending on the volume of trail cameras used afield this shapes the amount of data and additional cameras does not always mean more or better information. A trail camera is only as valuable as the location its placed and its ability to function correctly. The point being it’s all individualized, and each hunter’s experience or ability to evaluate and react to such data does not guarantee a successful hunt. Therefore, and to advocate against the Club, an inexperienced and unwitting hunter or even an experienced hunter that is unable to fully assess trail camera data, even in real-time, may not be advantaged by such a tool.

“The data that’s associated with trail cameras needs to be processed and sometimes that’s where the rub begins.”

The last part of this article turns to the individual that relies heavily on trail cameras or at least tries to utilize them in their regime of tools. Of course, anyone that hopes a tool alone is going to solve the unknown or clarify the unpredictable is certainly mistaken. The point of using a trail camera or hoping a device that captures a small set of imagery should be relied on heavily to paint a clear picture of game movement is really fraughtt with argument. The argument does not change even from those that are privileged to utilized cellular models. Nonetheless, the cellular option does a lot more from the standpoint of limiting human disturbance and reducing the time afield for data collection, this keeps game around, especially on smaller properties. This last point alone almost flips the idea that the tool has a secondary benefit, keeping hunters out of the woods; this in fact creates a more favorable response when hunting, keeping the land fresh from unnecessary disruption. The last contention considers that cellular cameras or any trail camera for that matter alone, becomes much more valuable with some technique or method to evaluate the data. A cellular trail camera gauges the immediate “when” and “where” of an animal, but it doesn’t necessarily indicate the “why”. The arguments to the benefit of any type of trail camera is refuted if the data does not reveal trends or it can’t be converted into some actionable information. Today there are tools like DeerLab or Huntpro, that support hunters and aid in analyzing trail camera data. These tools may be more valuable than real-time information itself, and are intended to not only paint a picture, but distinguish trends and tie in factors such as weather factors that present some actionable options.

Essentially the friend and foe argument recognize that certain hunting tools have benefits, yet a single tool alone with data may present only a portion of the picture. The ideals of fair chase or detracting disagreements can attest the point that the latest technology may be pushing the limits. Those that choose to use cellular trail cameras may be more efficient, and time saving options weigh heavily nowadays. It’s an expected trend that will continue as the speed of life remains high, and the traditions of old are presently being competed by highly advanced technologies that may upset those that are unwilling to consider the benefits.

Chatter Up Bass With Bladed Jigs